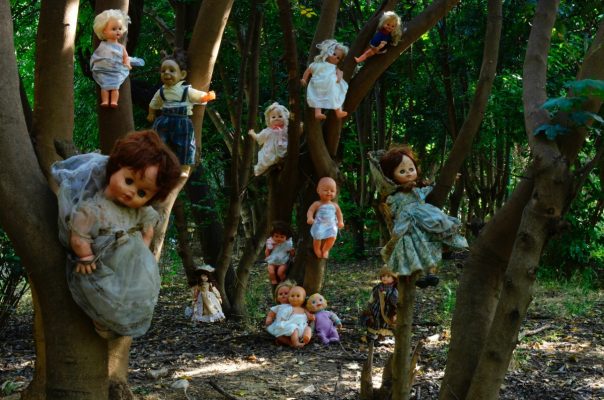 Have you taken our Free 5-Minute Addiction Assessment yet? 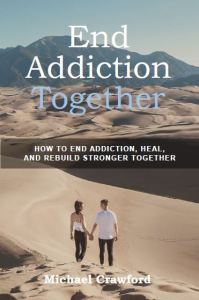 Our new book “End Addiction Together” is available for sale on Amazon! Learn how to End Addiction, Heal, and Rebuild Stronger Together. Get your copy HERE.

Adam W: “I watched people using each other for sex and only sex, and I used their images for sex also. I used people as things to arouse me. When I saw an attractive person in public, I fantasized about using them for sex. It was the same in drug addiction, to look upon someone and immediately decide how to use them. To steal from, score from, or use with. I knew the places to go for getting the drugs I wanted, and I knew the places to go for getting the porn I wanted. Seeking, scoring, using, it was all I thought about, all the time.”

Adam W: “I lost my ability to see people at a deeper level, beyond physical appearance. All I saw about a person was their body. I judged people based on how hot they were. If women were not made-up, done-up, and thin with huge breasts, I looked down on them. I condemned myself for not being fit, or tanned, or having a big penis, and hated being in my body.”

Adam W: “Instead of disrespecting others by fantasizing about them, I treat people with respect and see them as people. I will not harm others with my actions or my thoughts, and will protect the honor and dignity of others, in any room that I enter. I understand what inner beauty is – and I can see it in myself and in others. There is appreciation for seeing a man hold a door for someone, for how he treats others, and not for what he looks like. I can feel value for myself and who I am within. For the kindness and respect I show others. Not for how I look.”

“I lost my freedom of will.”

Mark B: “My free will has returned. The constant sexual thoughts had ruled my mind for many years, but when I understood the brainwashing I could let them go. It took some time, but those constant thoughts began to lose their grip. They weakened more, and then even more. It helped when I understood that I did not have to live my life thinking about sex every three seconds. Thoughts of fantasy and objectification still arise, automatically, from using my brain in that way for so long. Now with my freedom of will, I can choose to follow them, or I can choose to let them go. I can choose.”

Ryan D: “Most of my interactions with women during my adolescence were with pornographic pictures and videos. I did not have girlfriends and struggled to make friendships. Even now, as a grown man, I am struggling to connect with people. Whether it was for drugs or sex, I would say whatever I needed to say, or do whatever others expected me to do, in order to get what I wanted. On the outside I was like a character playing a role, to hide what I was really thinking or feeling.”

Ryan D: “I have spent much of my life feeling alone, and never understood how much I suffered from my inability to connect with others. When I said something or did something that did not match what I actually thought or felt inside, other people could sense the deceit. I could never build a deep, lasting relationship of trust, because no one could ever trust me. It took many years of work, and much help from others, to understand the difference between the self that I portrayed on the outside and my true self within.”

Jason L: “The deception of why I used porn, and how I used it, cost me every speck of trust that I had with my wife. Our relationship began with a commitment to each other, and only each other. She thought we had a special bond, and that I was a special person. I ripped everything out from underneath her. I broke our commitment, broke her heart, and broke her spirit. I can’t possibly describe how much shame I feel for treating her like that. There are no words to explain the depth of pain she has suffered from me.”

Jason L: “I am earning trust, by doing what I said that I would do. To prove to my wife that I fully regret all the pain I caused her, I told her everything that I had done, and unloaded every single secret that I had kept. It was brutally painful, but now I live my life with nothing to hide, and carry no dark secret from the past that could hold me back or weigh me down.”

Billy M: “I told myself that I would never hire a woman for sex. I would never exploit another person like that, I would never cross that line. But every time I got closer to a line, it didn’t seem like it was that bad. Or that everyone else does it. Or what’s the big deal anyways. And then the line was crossed, with a new one drawn, that I told myself I would never cross. Eventually I crossed that line too. My using escalated because I never looked inward to resolve my reasons for using. Instead of facing and dealing with any feelings of anger or fear or loneliness, mine came out sideways, projected out, onto others. In using prostitutes, my anger, my fear, my rejection, became theirs.”

Billy M: “In learning from everything that I have wrecked, or lost, or came close to losing, I understand what really matters to me, and what does not. The way that I appear to others does not matter to me. Meaningful connection with my wife does matter to me. Emotional, mental, and spiritual intimacy with her does matter to me, just as much as physical intimacy. Taking responsibility for my demand for pornography and the sex industry does matter to me. Sharing what I have learned with others, to help even one person spare themselves such destruction, does matter.” 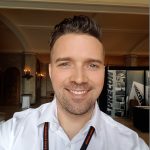 Michael is the Lead Sobriety Coach and Head Blogger of Addiction Reality. 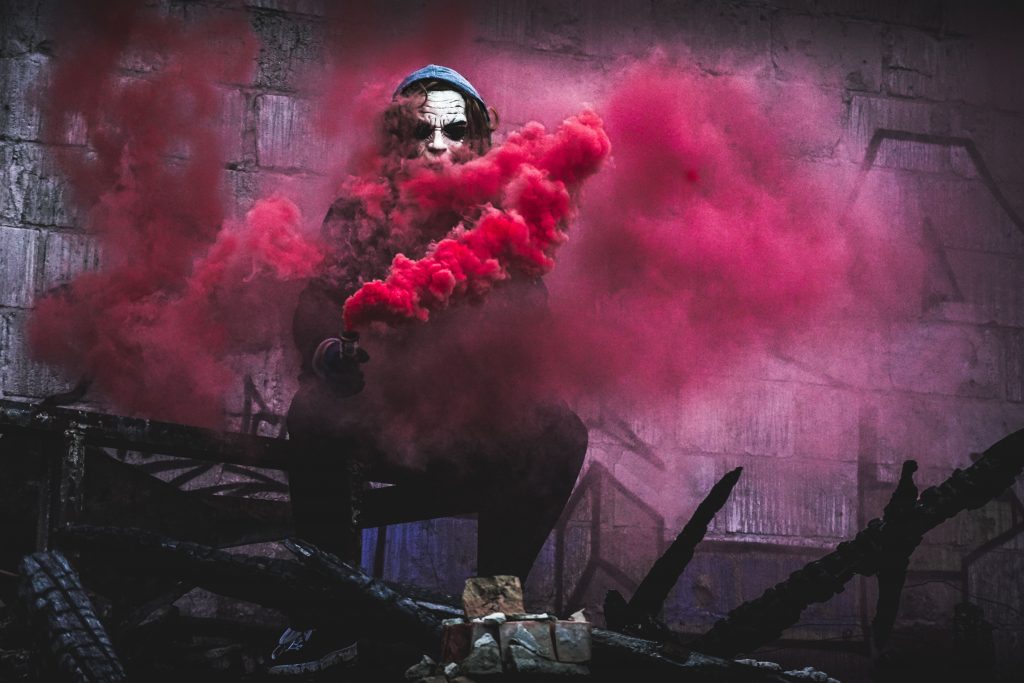 THE 6 MASKS OF ADDICTION AND HOW THEY DISTORT YOUR REALITY 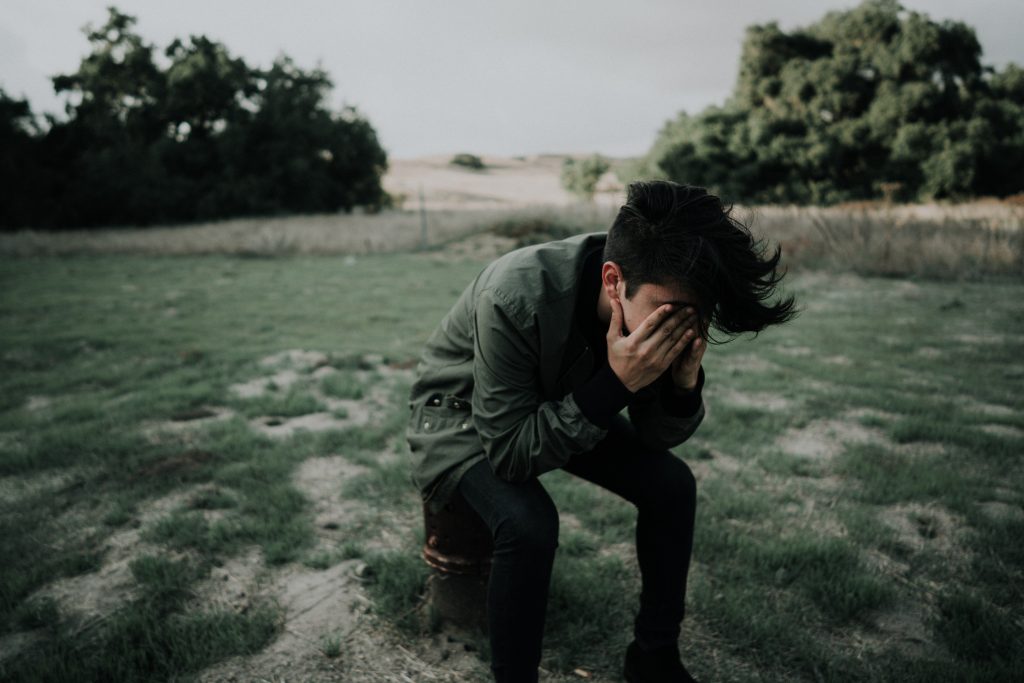 ADDICTION IS DESTROYING YOU IN 6 SLOW, PAINFUL WAYS, AND IT’S WORSE THAN YOU THINK